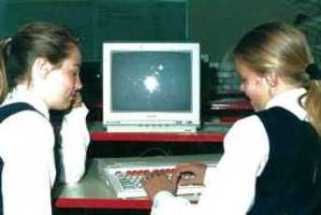 In 1982 St Anne’s bought its first and only computer and by 1983, all girls in Forms IV, V and VI had done a brief computer orientation course. It was, however, only in 1985 that the school established its first computer centre boasting eight Apple IIc machines. Each girl received half an hour of practice per week as the whole school was introduced to the computer literacy programme. The computer centre was remodeled in 1990 with the class room adjoining the old, small centre being incorporated to form a more spacious facility. Twelve new Archimedes Acorn machines were linked to a network and BBC software that offered excellent educational programs was used.

Manage Cookie Consent
We use cookies on our website to give you the most relevant experience by remembering your preferences for repeat visits. By clicking "Accept All", you consent to the use of ALL the cookies. However, you may visit "Cookie Settings" to provide a controlled consent.
Manage options Manage services Manage vendors Read more about these purposes
Preferences
{title} {title} {title}